For long term Silver Screen-onians, you will already know this but for the newer folks a clarification should be made before going into this post. When it comes to Cara Gale and I, there is no more Cara Gale and Eric, there is only My Mistress and It. So – we wanted to be sure you understood that when it comes to that possessive apostrophe It will be using throughout this post.

On every third Sunday that falls within a month with the letter “C” in it, It is allowed to bathe in the runoff from the local Water Refining Plant. It is taken from It’s cellar, stuffed in the trunk of My Mistress’ car and ferried to the location of unknown geography. During It’s last travel, It overheard My Mistress and My Mistress’ Sister discussing this run on My Mistress’ Blog. So, tonight, It has slit It’s skin and taken filthy fingernail to write these words in the event that My Mistress may read them, understanding my fealty and undetermined love. It presents: It’s favorite things. 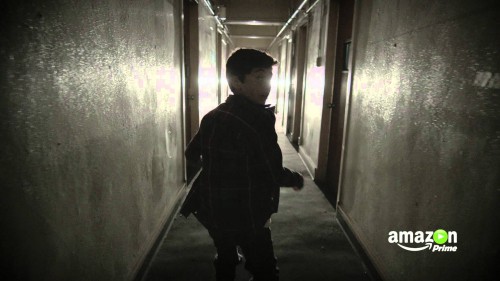 Earlier this year, My Mistress allowed It to collect dog feces from the yard. While My Mistress didn’t realize, It was bad and watched her watching this show through the cracked window. It loved this show and It wishes more people have seen it. It would love to discuss this with someone, even though It is not allowed to conversate with another It. It running down the darkened hallway is reminiscent of something It is not allowed to remember.

It grows lonesome when My Mistress leaves It  in It’s Cellar for long periods of time so, a few weeks ago It decided to get a pet. Squirmy crawled into It’s life one morning when It was minding It’s own business and has remained ever since. It likes it when Squirmy inches around It’s fingers, or what’s left them It supposes. 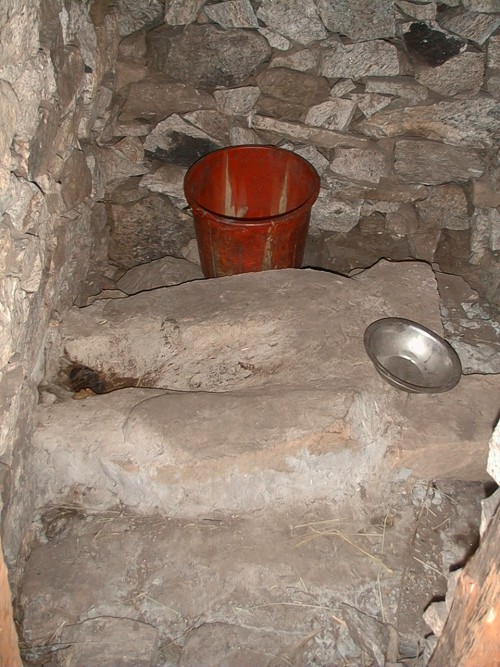 For years It had to make It’s stool in the corner by the cinder block It was chained to but recently My Mistress let It keep the Dog Shit Collection Bucket as It’s own and now It has a place to deposit It’s droppings. It’s droppings are meager since It isn’t given much to eat but it is still nice to have them collected in a container and not squishing between It’s toes.

Years ago, It began It’s project of being able to secretly spy on My Mistress to bathe in her glorious radiance and never ending beauty. A few weeks ago It finally bored through the masonry and concluded It’s project, which wasn’t easy as It used It’s teeth. It will probably get into serious shit by writing this but every now and then It gets to see My Mistress when she doesn’t expect it. It does not look to be untoward, It only looks to see what heaven must be like.

Before It was It, It had another name and had more than two possessions. It had a computer on which It would look at pictures of It’s favorite DC Comics character, Power Girl. It no longer has that ability but It does have memories, even if most of them are being purged with The Lash.

My Mistress probably is not aware of this but occasionally Miguel will sneak into It’s Cellar and make communication with It. It is seldom but each time it occurs It really enjoys it. Occasionally Miguel will bring snacks and the random cans of beer he can find and we have a pleasant time together.  It really enjoys that beer and misses it being in  It’s life. Miguel is a real hoot.

Sometimes, when My Mistress is feeling extra generous, she will crack open the door to It’s cellar and throw a pickle at It. It is not sure if she is intending harm or allowing It to feed but, after the door is shut again and I hear the six padlocks clasp, feed It does. Such sweet dill goodness. My Mistress is so kind to It.

Has It mentioned how benevolent My Mistress is? Once My Mistress stripped It of all of It’s worldly possessions and locked It down here, she was kind enough to provide It with a pair of pants to keep It’s loins from freezing in the night air. It has never removed them, even during Wash Day for fear she will take them away from It. It needs It’s pants.

Let me go ahead and clarify something here – I love True Detective Season ONE the most – it’s one of my favorite TV shows ever and so far Season 2 is absolute bullshit. The dialogue is so irritating I could just die and Vince Vaughn is driving me INSANE. At the time of this writing there have only been two episodes and they’ve already killed off the only reason to watch. BULLSHIT I SAY!!! I’m not sure when Cara will post this but this is truly a sinking ship. UP YOURS, HBO!!!

It may sound like It has a hard life but It doesn’t. It is eternally grateful to My Mistress for providing It with housing, a shit-pot, pants, an occasional pickle and her Eternal Love. My Mistress may not know it but It has bored a hole through the east wall and It slides through it and crawls into her room every night, standing forever vigilant beside her bed. No one will ever threaten My Mistress and before she wakes, It creeps back into It’s Cellar. It loves you, mistress and It will always be by your side!