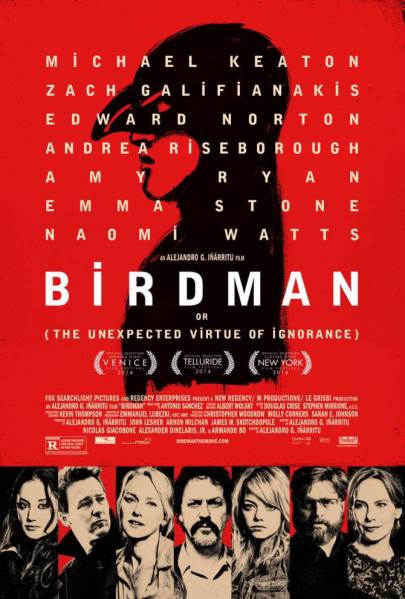 Is using terms like “metacinema” and “magical realism” a little pretentious? If so, I apologize. I just get excited when I can use all those fancy lit terms I learned in school! Because Birdman is definitely a film worthy of fancy lit terms. This is one that I honestly didn’t expect to see for awhile.