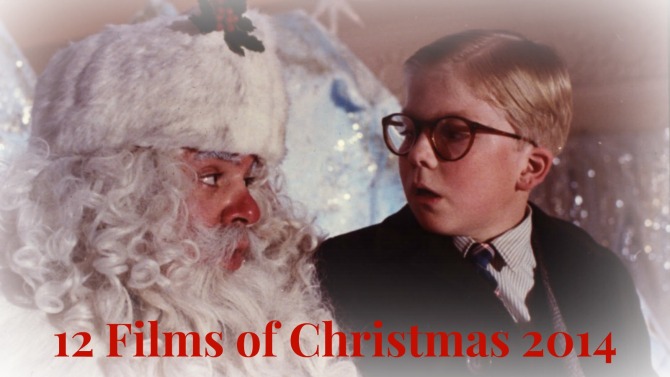 Twenty days until Christmas! Guess that means I should get going on these 12 Films of Christmas, huh? I did this last year and had a whole bunch of fun watching old holiday favorites and discovering some new ones, too. So what’s in this year’s holly jolly lineup? Fortunately, several of you lovely people helped me decide that with this poll. Over the next few weeks, I will be reviewing these films from the most popular on down until I reach lucky number 12. Today, we’ve got the best of the best—the two films tied for first and one of the films tied for second. Let’s get to it! 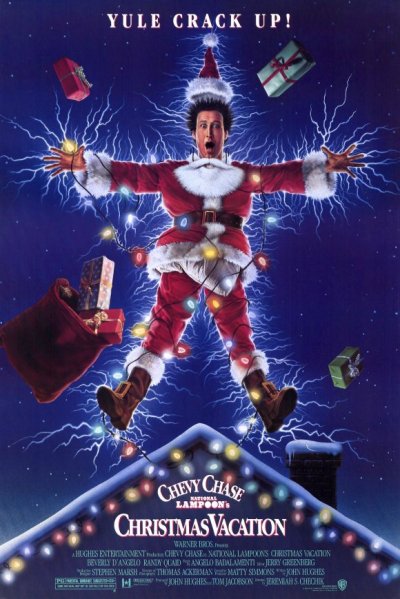 In a Nutcracker’s Nutshell: Confession time: aside from watching this a few times and seeing brief snippets of National Lampoon’s Vacation, I have spent very little time with the Griswolds. To be honest—and I’m sure I’m going to get a lot of flak for this—I’ve always found poor Clark (Chevy Chase) to be a little too…unhinged. He’s a pretty big jerk when he’s under stress, which can sometimes be funny, but part of me can’t help thinking, “Woah, buddy. Can we reign in the crazy a little? Please?” And the film’s general absurdity can be a little much for me, too. That said, there is no denying that this film is a classic with some truly funny moments in it. Because the Griswolds truly do go through the full Christmas experience, complete with certifiable relatives, a disastrous dinner, and a complete Christmas Eve meltdown. Yet they still manage to come out somewhat sane at the end of it. There are just so many memorable moments in this film—the Christmas tree struggles, the first time the outside decorations burst into brilliant light, the pool daydream (which I’m sure a lot of you boys have committed to memory), not to mention just about everything Cousin Eddie (Randy Quaid) does. Christmas Vacation may not have my top score, but it’s a classic holiday comedy for a reason.

My Glad Tidings: B+ 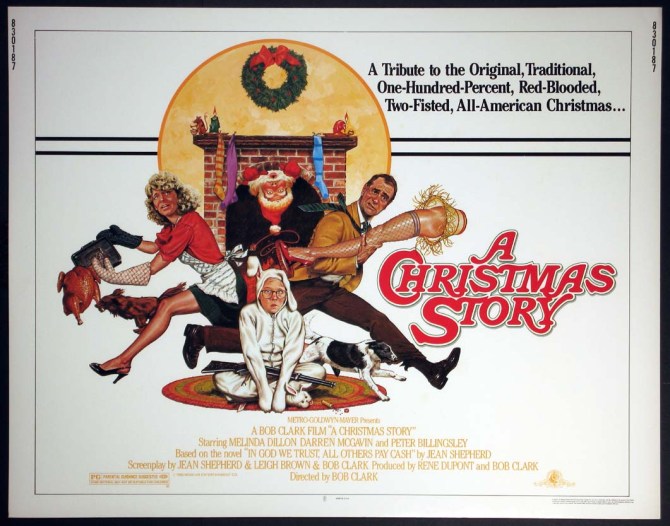 Synopsis: “Ralphie has to convince his parents, his teacher, and Santa that a Red Ryder B.B. gun really is the perfect gift for the 1940s.” –www.imdb.com

In a Nutcracker’s Nutshell: It’s funny—a TV channel (I think maybe TBS) shows A Christmas Story nonstop on Christmas Day every single year, yet prior to this viewing, I believe I’d only seen it all the way through once. I think because of its constant presence during the holidays, I’d forgotten what a great film this is. It has this lovely nostalgia to it that helps you fondly remember the Christmases of your childhood when you wished and wished for that one thing that would make your season bright. In sweet, determined Ralphie’s (Peter Billingsley) case, that one thing is a BB gun, and he’s ready to do everything he possibly can to convince his mother (Melinda Dillon) that he deserves it. While the narration from Ralphie’s older self (Jean Shepherd, who actually wrote the story) can, in my opinion, be a little overbearing, all of the delightful warmth and humor in this film make it so much fun to watch. It manages to make the most surprisingly ordinary things hilarious. Like a child’s daydreams. Or the ol’ soap-in-the-mouth punishment. Or a woman waging a quiet war against a tacky lamp. I could name dozens of iconic moments from this film, and I’m sure most of you could, too. Yet another classic here. Also, it’s set in my home state, so that doesn’t hurt. 😉

My Glad Tidings: A- 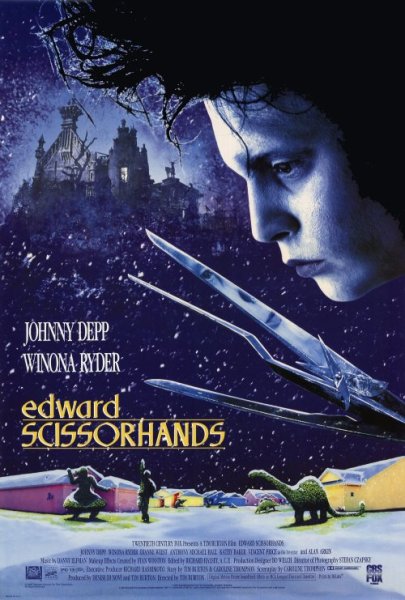 Synopsis: “An uncommonly gentle young man, who happens to have scissors for hands, falls in love with a beautiful adolescent girl.” –www.imdb.com

In a Nutcracker’s Nutshell: I’d seen this film once before, but it was so long ago that I barely remembered anything about it, and I think I was young enough that it didn’t quite click with me. But now, 10-15 years later, I had a very different reaction. The first and quite possibly best collaboration between Johnny Depp and Tim Burton, Edward Scissorhands has something really special going for it. When kind-hearted Avon lady Peg (Dianne Wiest) takes strange, sweet Edward (Depp) from his solitude and brings him to her ridiculously colorful, gossipy neighborhood, poor Edward is hilariously out of place. But he comes to love his new home—especially when he gets to know Peg’s pretty daughter, Kim (Winona Ryder). The film’s lighthearted tone gradually shifts into something more serious when Edward accidentally causes trouble around the neighborhood, and everything comes to a surprisingly heartbreaking climax during a Christmas celebration gone wrong. It’s a beautiful, genuinely funny film with a fantastic performance from Depp (and Wiest, too, for that matter). It might leave you feeling a tiny bit sad in the end, but in a good way, if that makes sense. And you will never think of ice sculptures the same way again. As far as quirky Christmas films go, this is a fantastic choice.

My Glad Tidings: A

How about it? Are any of these films staples of your holiday season? Does Clark Griswold drive you a little crazy, too? Did YOU ever shoot your eye out with a BB gun?? Anyway, have an excellent Friday! If you have any Christmas shopping to do, I wish you the best of luck. 🙂