Happy Friday, amigos, and welcome to another NOOOOvember rant! Today, I will be taking over the venting, but kudos to Oracle of Film and The White’s List for kicking off NOOOOvember in style this week! If you missed their contributions, definitely go check them out by clicking here and here. For one of my write-ups, I thought it’d be fun to do another top ten list. So here we go! Fresh from their 2014 releases, here are my top ten disappointments of the year. 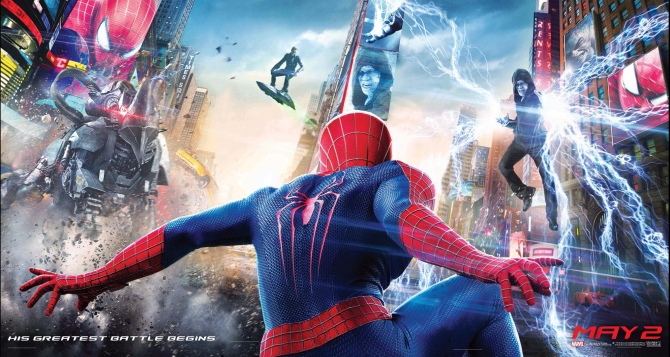 Just to be clear, for this series disappointments don’t have to be limited to films we hate—in fact, of all the films on this list, there’s only one that I truly, deeply hate. After all, we can be disappointed by films and still like them. Such is the case with The Amazing Spider-Man 2. It has some good things going for it—the cast, for starters, as well as some nifty effects and a nice mix of drama and comedy. But, ultimately, the level of cheesiness in this film drags me down. And I don’t love Electro. Or Rhino. Or, yes, even Green Goblin (although I love Dane DeHaan as plain ol’ Harry). The film as a whole feels rushed with too damn much going on. I like The Amazing Spider-Man, but I had hoped for a step up with this. If anything, this is only a tiny bit better. Still good—just not as good as it should’ve been.

I’ll say it again: disappointments don’t necessarily equal bad movies. I actually had a fair amount of fun with Godzilla, and I think it’s a nice, fresh start for this franchise. But it certainly doesn’t have the wow factor we were all hoping for. The massive title monster looks awesome, but when we see so little of him it kinda defeats the purpose of that title, y’know? Add to that the fact that Bryan Cranston’s and Ken Watanabe’s characters are completely wasted, and the main character (Aaron Taylor-Johnson) is pretty bland, and, well…bit of a disappointment, yeah. Maybe one day the Godzilla franchise will find that perfect balance between likable humans and badass monster. Maybe…

Once again, this is one that, for the most part, I like—mainly because of the fantastically creepy ending (which you can see me talk about here). But I, perhaps, unfairly placed some pretty big expectations on Honeymoon. It’s been a lackluster year for horror (aside from The Babadook, I hear, which I am absolutely aching to see), so I’d really hoped for better from this. But in the end, it wasn’t quite enough. The dialogue tends to be stiff, the couple can be annoyingly cutesy, and though the end blew me away, the explanation for the end is a little thin. And there actually aren’t many genuine scares. So, yeah, a letdown. But still not bad.

Ah yes. Another horror that I foolishly raised my hopes for. Fool me twice…Anyway, after watching The Sacrament (which you can read about here), The House of the Devil, and The Innkeepers (which you can read about here), I’ve come to the conclusion that writer/director Ti West may not be my thing. He has a strategy that works for some, but definitely not for everyone. That strategy? Do nothing for the first half of the movie, then make everything happen all at once. Oh, and also fail to answer a lot of questions in the process. Again, might work for some—heck, might work for you—but for me…meh.

I’m probably gonna get some flak for this, but yeah—I was disappointed by Her (which you can read about here). Honestly, I think the issue here is more a matter of personal taste than the quality of the film. Because the cast is great, the script is great, and the idea is really interesting. But overall…meh. Now that I’ve seen it, it’s just not one I care to see again, y’know? And I think a lot of my problem with this particular film is that it was built up so much in my mind from all the reviews I’d read praising it as this phenomenal achievement. I went in expecting the wow factor, but I left with more of a “huh” factor. But hey, given the overwhelmingly positive response to this one, that’s probably just me.

This disappointment is very much in the same vein as Her. In other words, though Only Lovers Left Alive (which you can read about here) is widely praised as a good movie and I totally agree that it has its merits, I found myself disappointed by the time the credits rolled. Great cast, perfect moody atmosphere, and a deliciously unsettling ending, but…mehhhh. I wanted to love it. I really, really did. But it’s just too artsy and mopey for my taste. Really, it’s a hipster movie, and I am so far removed from that culture that I might as well be on another planet. Plus, when you really think about the plot of the film, you start to realize that almost nothing happens. So yeah. Not quite my thing. 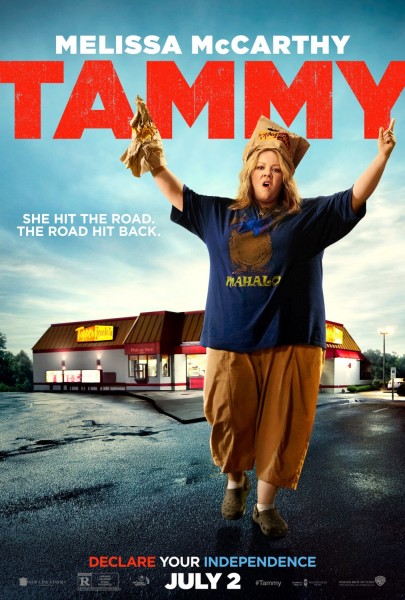 Oh, Melissa McCarthy. You’re so much better than this. Some of you might think I’m being facetious when I say that, but I’m really not. I like this lady! I think she can be hilarious, and, swear to God, I saw glimpses of a potentially great dramatic actress in this movie (which I talk about here). But those glimpses are not enough to make up for this barely funny comedy. McCarthy’s character is an unlikable jerk for a good portion of the film. The humor is stupidly repetitive—as if one unfunny gag could become funny if we see it over and over again. The writing is not good, which makes me sad because McCarthy and her husband wrote it. Plus, McCarthy plays the EXACT SAME CHARACTER SHE PLAYS IN EVERYTHING. Disappointment truly is the perfect word here.

This movie. UGH. I was fairly easy on it in my review, but looking back, I wish I’d shared more of my frustration. This film completely wastes all of its interesting ideas on a weak, predictable story that pretty much falls apart in the end (in more ways than one, actually). And the cast! UGH. Johnny Depp plays a scientist who ends up as an artificial intelligence system—a character who ought to be incredibly interesting, right? But nope. He’s almost completely devoid of a personality, which you could blame on the script and/or director, but I think Depp is more than a little at fault, too. He’s surprisingly boring when he plays normal dudes. Morgan Freeman and Cillian Murphy are wasted in minor roles. Kate Mara is annoying as hell. Rebecca Hall and Paul Bettany are—actually, they’re okay. But not much else is.

I had genuinely hoped that Lucy (which you can read about here) would transcend the mistakes of Transcendence since it’s a very similar kind of film. Again, the phrase “fool me twice” comes to mind. Scarlett Johansson and the visuals are great. Everything else, not so much. It starts out interesting enough, but then the story becomes mind-numbingly generic and predictable. And then the end happens. This is quite possibly my least favorite ending of 2014. In fact, it might even be in my top ten least favorite endings of all time. Because it’s that stupid. Add in the fact that this is the second sci-fi thriller of the year that grossly misuses the delightful Morgan Freeman, and it has an almost unforgivable number of sins. Coulda been awesome. Shoulda been awesome. WAS NOT AWESOME. 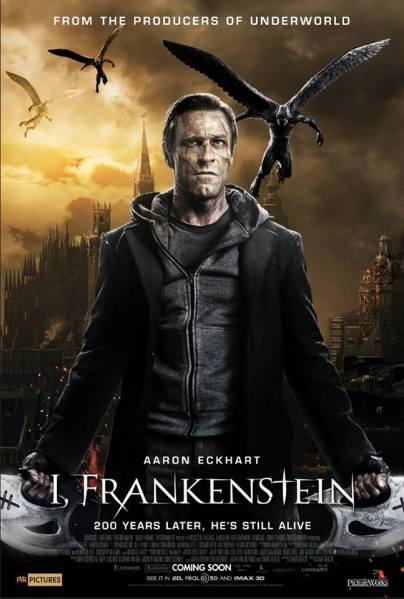 SWEET MOTHER OF GOD WHY DID I EVER PUT EVEN THE TINIEST AMOUNT OF FAITH IN THIS FILM?!?! Because that really is the case here: I attached a teeny tiny bit of expectation to I, Frankenstein (which you can read about in the same post as Only Lovers Left Alive), simply thinking it would be an enjoyable piece of brainless fluff. Because it had a great amount of potential to be just that. Imagine my surprise when this film not only managed to disappoint me there, but it actually managed to piss me off. What the hell is this crap?! I even got this film for free and it made me angry!! The plot makes no sense, the characters are unlikable and undeveloped, the film takes itself so seriously that it becomes ridiculous, and it is just SO TERRIBLY DUMB. Do not waste one millisecond of time on this. You will regret it.

Are any of these among your disappointments for the year? Am I grossly overreacting? Are you as excited that it’s Friday as I am?! Go see some GOOD movies this weekend! But expect more NOOOOvember disappointments next week! 😉