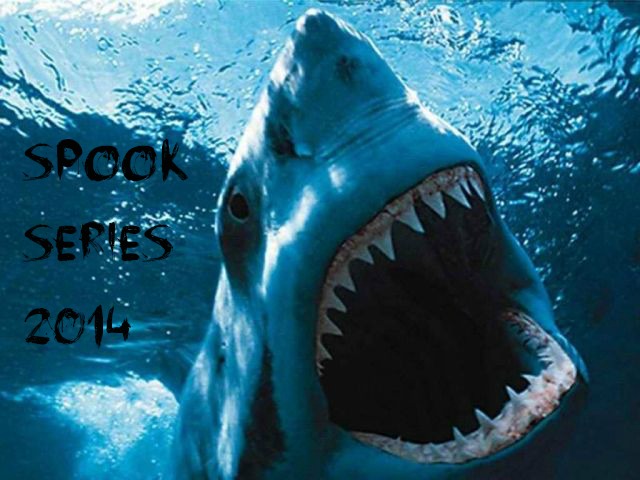 Alright, kids. It’s high time I got around to more of these Spook Series film, don’tcha think? So far, I’ve covered the top three films that you, my beloved and beautiful readers, picked from this poll. Now I’ve got another batch coming your way! Without further ado, I give you the second most popular group of films from that poll for your consideration this Halloween: 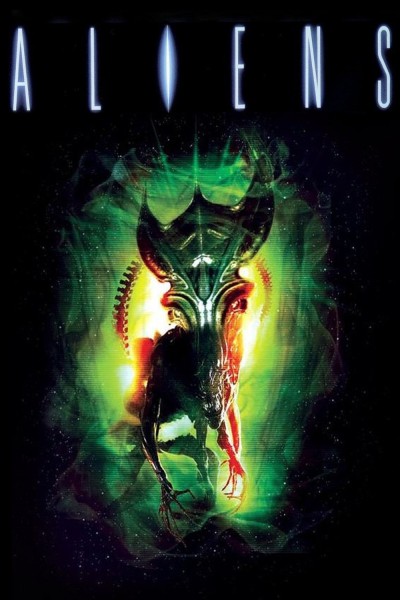 Synopsis: “The planet from Alien (1979) has been colonized, but contact is lost. This time, the rescue team has impressive firepower, but will it be enough?” –www.imdb.com

Why It’s Fantastically Fearsome: Believe it or not, this was my very first time watching this film! While I can’t say that I liked it quite as well as its predecessor (which I mention here), I can say that it’s still an awesome film. Alien has more of a tense, slow-build, minimalist approach that I really love, but Aliens goes all out with spectacular action sequences and grand effects, raising the stakes with more creatures, more firepower, and the presence of a terrified young girl. It may be a change in tone from the first film, but it changes in a way that still respects the series—especially considering how Ripley (Sigourney Weaver) is handled. As badass as she is in the first film, she’s even more so in this one. Yes, we get to see her torching aliens with her trusty flamethrower and beating up the alien queen with a ridiculously cool mechanical exoskeleton. But I also appreciate seeing her as a more vulnerable, maternal character; it makes her more well-rounded and not just a hardcore killing machine. You can read more about Ripley and some other horror heroines here, but for now I’ll just say this: If you’ve seen Alien and loved it, do yourself a favor and watch this sequel. 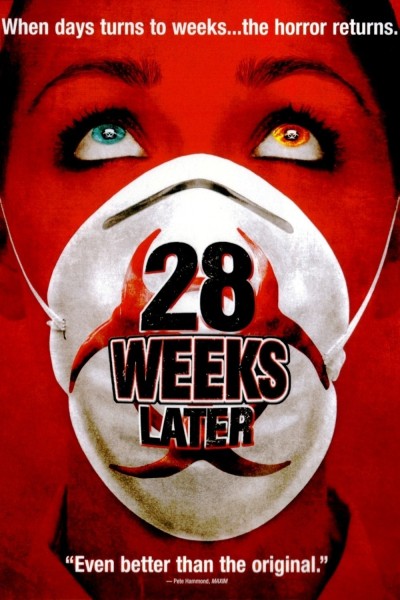 Synopsis: “Six months after the rage virus was inflicted on the population of Great Britain, the US Army helps to secure a small area of London for the survivors to repopulate and start again. But not everything goes to plan.” –www.imdb.com

Why It’s Fantastically Fearsome: Up until recently, I’d only seen parts of this follow-up to 28 Days Later (which you can read about here), and what I had seen made me skeptical. It just didn’t seem as good as its predecessor. And, if we’re being real, it actually isn’t (in my opinion). But you know what? It’s still pretty good. It may lack the strong, likable lead character that makes the first film so great, but it still has an eerie atmosphere, some excellent character moments, and plenty of scary folks infected with the infamous rage virus. In fact, the zombies (if you can call them that) are out in full force this time. They swarm the city of London in a killing rampage, resulting in a pretty brutal reaction from the U.S. Army. This film is definitely more of an action flick than the more thoughtful, humanistic 28 Days Later, which some people might actually prefer. Although it’s not all about the action—the film does slow down to give some unforgettable moments with certain characters. A heartbreaking scene involving Doyle (Jeremy Renner) comes to mind, along with a very unique (and pretty awful) reunion between a husband and wife. If you’ve seen 28 Days Later and crave more, you might give this one a shot. And, hey, if you didn’t like 28 Days Later, maybe this would be more your cup of tea. 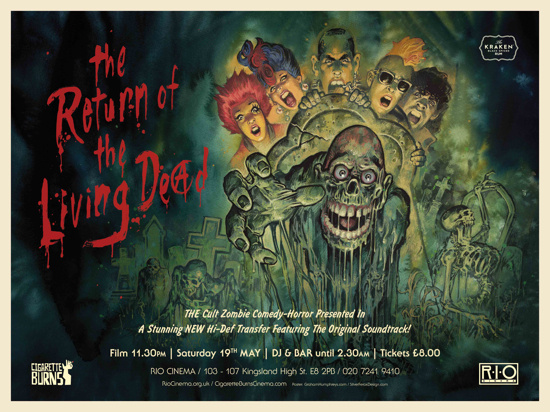 Synopsis: “When two bumbling employees at a medical supply warehouse accidentally release a deadly gas into the air, the vapors cause the dead to rise again as zombies.” –www.imdb.com

Why It’s Fantastically Fearsome: I wasn’t quite sure what to expect going into this one. I knew it was a horror-comedy about zombies and…well, that was pretty much all I knew. In its pure ‘80s-ness, it reminded me a lot of The Lost Boys (which I mention here), but for whatever reason, I enjoyed this one slightly more than The Lost Boys. Maybe because I find zombies infinitely more fun than vampires. Plus, I love a film that clearly enjoys making fun of itself. The teen characters unwisely go to a cemetery to party. One of the punk tough guys claims the world just doesn’t understand him. One girl in the group is so obviously the slutty chick who is going to die that she might as well be wearing a sign (seriously, this girl even says how she’d hate to die and proceeds to strut around naked for most of the film—it’s kind of bizarre). Everything’s so gloriously tongue-in-cheek that you can’t help admiring it all. For some laughs and some good ol’ zombie fun, I recommend it. Just prepare yourself for a high body count and an ending that you might not see coming… 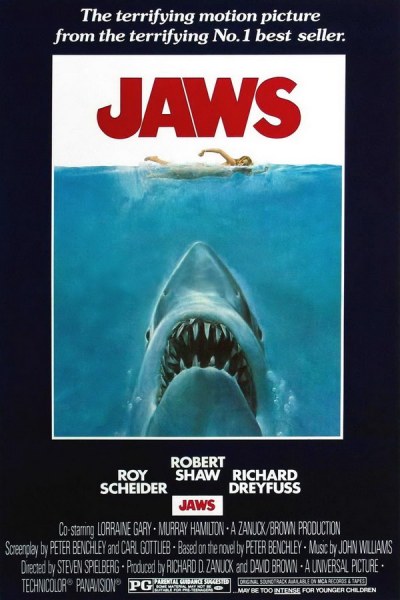 Synopsis: “When a gigantic great white shark begins to menace the small island community of Amity, a police chief, a marine scientist and grizzled fisherman set out to stop it.” –www.imdb.com

Why It’s Fantastically Fearsome: Duhhhhdun. Uh oh. Duhhhhhhdun. That music. Duhhhhhhhhdun. Oh God. DUNDUNDUNDUNDUN!!! Ahhhhhh!!! …Just kidding. It’s all good. You know what’s NOT good though? The fact that I just now watched this for the first time for Spook Series. How had I lived so many years and never seen this?? Of course, I guess I could say the same about Aliens. But whatever—I’ve seen them now. Like Aliens, this one is great. And it’s surprisingly unsettling for a film with a PG rating. Buckets of blood and some very tense moments. Did this, like, clear out the beaches for the summer of 1975? I could see that happening. Because this shark is SCARY. I mean, that moment with the cage? Yikes. And that whole final confrontation?! Amazing. I think the main trio of actors (Roy Scheider, Robert Shaw, and Richard Dreyfuss) is pretty perfect, and I was surprised yet kind of not surprised to see what ending up happening to one of those characters. Know what I mean? (I don’t wanna ruin anything for all, like, two of you who haven’t seen this). Anyway, Jaws is a compelling, exciting, tense film, and I’m very, very glad I finally got around to it.

So which of these have you guys seen? Do you love ‘em? Hate ‘em? Can’t wait to bust ‘em out to watch this Halloween? Personally, I quite enjoyed this batch of films. We’ll see what else is in store…