HAPPY OCTOBER, BOYS AND GHOULS!!! I don’t know about you guys, but I can tell you that I am ready and rarin’ to kick off a month jam-packed with scary movies. Over here at Silver Screen Serenade, I like to refer to this horror-watching binge as Spook Series, an endeavor I began last year by watching 79 movies. Yep, you read that right—79. It was…a task. Haha. But an awesome task! I probably won’t get anywhere near that number this year, but to ensure I review the best of the best, I wrote out a list and had you guys vote on what I should watch (see here). The films with the most votes will be my top priority, and I will gradually work my way down. We’ll see how far I can get before the month ends! But enough talk—let’s DO this! Here are your top three Spook Series films: 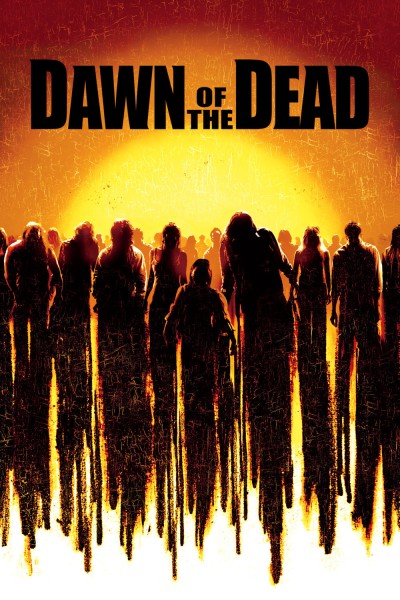 Synopsis: “A nurse, a policeman, a young married couple, a salesman, and other survivors of a worldwide plague that is producing aggressive, flesh-eating zombies, take refuge in a mega Midwestern shopping mall.” –www.imdb.com

Why It’s Terrifically Terrifying: Personally, I think zombies have never been more terrifying than they are in this film. Because these guys are fast. Like, Olympic sprinter fast. They’re a far cry from the plodding zombies of classics like Night of the Living Dead, but that’s not at all a bad thing. I’ve never seen the original Dawn of the Dead (though I will be watching it for this series), but the general consensus seems to be that this is a very worthy remake. We follow a group of people holed up in a mall while the undead gather outside. It’s a tense, claustrophobic situation, but the survivors toughen up and deal with it as best as they can. We may not get to know the survivors very well, but they’re easy to root for—even snarky Steve (because who doesn’t root for any character played by Ty Burrell). And when they finally decide to brave the zombie horde, it’s pretty awesome. Overall, this film is a bloody, action-packed delight with just enough humor to make it fun. It was a great way to start off Spook Series. 🙂

Synopsis: “A wealthy San Francisco socialite pursues a potential boyfriend to a small Northern California town that slowly takes a turn for the bizarre when birds of all kinds suddenly begin to attack people there in increasing numbers and with increasing viciousness.” –www.imdb.com

Why It’s Terrifically Terrifying: Finally I can add another Hitchcock film to my resume! While The Birds isn’t quite the caliber of the other Hitchcock films I’ve seen, it’s still pretty darn great. Going into it, I wondered, “Okay, how scary can plain old birds really be?” The answer: en masse, pretty darn scary. It’s a testament to Hitchcock’s skills as a storyteller that he can make the ordinary into the extraordinarily creepy. But it’s because so many of these scenes are masterfully shot. I can think of one scene in particular: Melanie (Tippi Hedren) sits down on a bench in front of a playground. One by one, sinister-looking crows land on the playground behind her. In about a minute, five or six of them have gathered there. Melanie suddenly becomes aware of the activity behind her, turns…and the whole playground is covered in crows. The sudden surge in the number of crows is as much a shock to us as it is to poor Melanie. That’s clever filming. There are plenty of moments like this, not to mention the surprisingly unnerving bird attacks. With Hitchcock’s masterful influence, strong performances across the board, and an intriguing story with a deliciously eerie ending, it’s no surprise that The Birds has earned a respected spot among classic horrors. 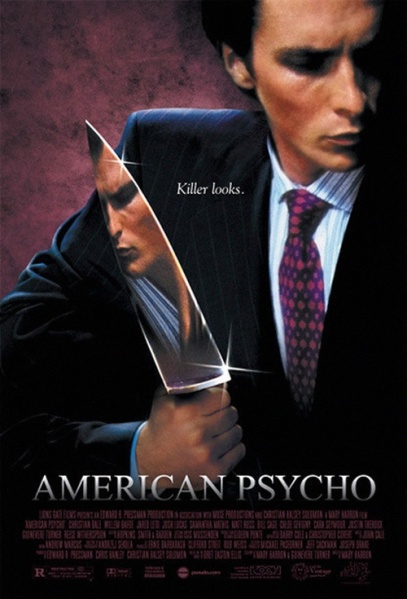 Synopsis: “A wealthy New York investment banking executive hides his alternate psychopathic ego from his co-workers and friends as he escalates deeper into his illogical, gratuitous fantasies.” –www.imdb.com

Why It’s Terrifically Terrifying: I have a confession to make about American Psycho: I get it…but I don’t get it. Y’know? Let me try to explain. There is no denying that it’s a fascinating film with a powerhouse performance from Christian Bale, whom I am convinced can play literally anyone. There are some great, truly twisted moments in this film that you will never forget once you see them. And the pitch black humor in this is pretty perfect. However, Patrick (Bale) is a character so strange and devoid of humanity that, for me, it’s hard to connect with the film as a whole. In fact, the only character that we can kind of feel for is his sweet-natured secretary, Jean (Chloë Sevigny)—all the other characters are either painfully phony or complete jackasses. Plus, the ending confuses me. Maybe an American Psycho expert could explain what’s supposed to have happened? I would hash it out on here, but I don’t want to spoil it for anyone who hasn’t seen it! Anyway, for Bale’s performance and for several weird, chilling moments, I’d say American Psycho is worth a view—you just may not care to watch it again.

So how about it—are any of these films on your October watch list? What do you think of them? I have a feeling I might get some backlash for that last review…please don’t hurt me. Lol. I’ll be bringing more Spook Series reviews your way soon, but tomorrow I’m going to try something…different. We’ll see how it goes. Until then, have a delightfully spooky day! 🙂