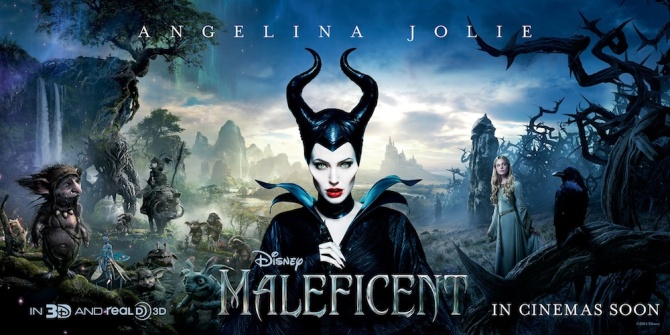 I’m not sure why, but this film struck me as one I wanted to check out almost as soon as I caught the first trailer. It’s weird though—Sleeping Beauty is one of my least favorite Disney cartoons (because let’s be real: Princess Aurora is kind of useless), and I’ve never really cared one way or the other about Angelina Jolie. Nonetheless, Maleficent found its way onto my 20 Films of 2014 list, and I made a point to go see it opening weekend.

But I did go in with reservations. I find this recent trend of retelling classic cartoon fairy tales as epic live-action films a little annoying. Alice in Wonderland, Snow White and the Huntsman, and now here we are with Maleficent—not to mention next year’s live-action Cinderella. Given that Alice in Wonderland and Snow White and the Huntsman met with generally “meh” (if not altogether bad) reviews, I knew there was a significant chance that Maleficent could make the same kinds of mistakes. And, yes, sadly, it does have similar flaws. Fortunately, a stellar performance from Jolie, breathtaking visuals, and a few twists from the original story are enough to salvage the film.

Synopsis: “A vindictive fairy is driven to curse an infant princess only to realize the child may be the only one who can restore peace.” –Borrowed from my favorite movie site, IMDb. 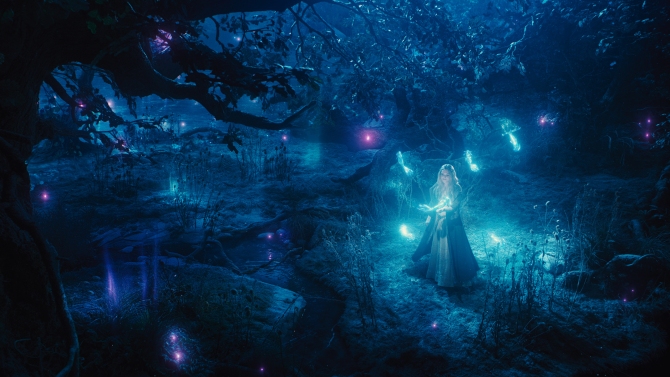 The Good: I’ll say it again: Angelina Jolie. It’s like the woman was born to play this character. First of all, she looks the part to a tee, and she is absolutely gorgeous. I mean, those eyes! Those cheekbones! Those red, red lips! Fierce, beautiful, and exactly what you’d expect to see from a live-action version of one of Disney’s best lady villains. But Jolie captures much more than the look. She understands every layer to this character, and she expertly brings her to life. She’s wonderfully cheeky, and she has a deep capacity for love, but buried underneath that you can sense the rage and sadness that Jolie coveys well. Nothing about her ever feels forced or over-the-top (which I can’t say about some of the other characters, but we’ll get to that later). Maleficent is the strongest and most interesting character in the film by far. And her character is made all the more interesting by a few additions/twists to the original story that give her depth. We get to see how she became the infamous villain we know so well, and we also get to see the evolution of her relationship with Aurora (Elle Fanning), which is all but nonexistent in the cartoon. But I won’t spoil that. I will only say that you can gauge Maleficent’s feelings toward Aurora by excellent use of the word “beastie.” As for Aurora, I will say that I don’t think she gets as much time to shine as she should, but Fanning’s frequent, joyful smiles and youthful energy make her into a likeable enough character. And in true Disney form, the visuals for this film are spectacular. Any time Maleficent uses her powers, takes flight, or explores her magical forest home, it is a feast for the eyes.

Favorite scene: Maleficent brings Aurora to the forest for the first time, where we encounter lush plant life, sparkling waters, and brightly lit fairies. Gotta hand it to Disney—they do understand the power of good visuals. 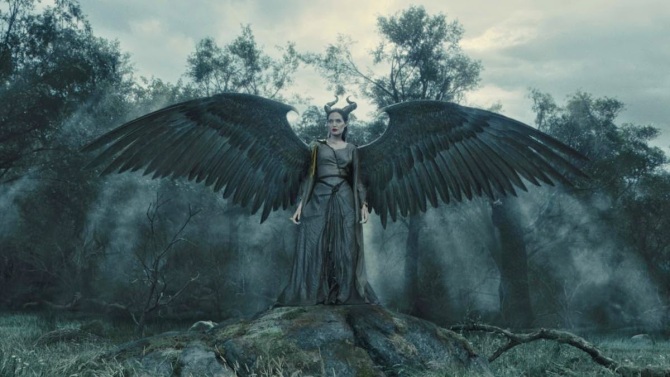 The Bad: Remember those not-so-great characters I alluded to above? Yeah. King Stefan (Sharlto Copley) is one of them. And I’m not sure quite who to blame for that. The casting director for casting Copley, who doesn’t seem right for the part? Copley for playing Stefan so over-the-top? The writers for writing him as over-the-top? Or maybe all of them are to blame. Whatever the case, Stefan simply doesn’t work. You don’t understand his lust for power or his descent into craziness, and you certainly don’t empathize with him. By the end of the film, he is such a one-dimensional, wrathful character that I was rolling my eyes. There’s a great deal of potential to develop a complex, interesting relationship between Stefan and Maleficent, but all attempts to flesh out that bond are over before they’ve even begun. Also, I hated the fairies. Right, Table 9 Mutant (see her review here)? In the cartoon, I remember them as sweet, bumbling, bickering characters who dearly love Aurora, yet this film decided to keep only the “bumbling” and “bickering” bits. They are essentially The Three Stooges in female fairy forms, and their interactions with Aurora suggest severe child neglect. The latter bit is supposed to come off as humorous, but is it not the tiniest bit unsettling that Disney is playing child neglect for laughs? If that isn’t bad enough, they also completely freak me out when they are in fairy form (their heads are way too big for their bodies), and don’t even get me started on the one with blue hair (because whyyyyy?!). Other things to consider: generally cringeworthy dialogue, a rushed ending with several loose threads, and a severely creepy version of “Once Upon a Dream” during the closing credits. Needless to say, some of these factors might leave you more than a little dissatisfied.

To Sum It Up: For all its faults, this film actually could’ve been much worse. The visuals really are stunning, and I can’t praise Jolie’s performance enough. For Disney/Sleeping Beauty/Jolie fans or even folks who are very enthusiastic about visual effects, it might be worth a matinee ticket. But if you don’t fall into one of those categories and/or you’re on the fence about this film, I’d say just wait for the DVD.

51 thoughts on “Maleficent: does Jolie’s magic save a mediocre movie?”