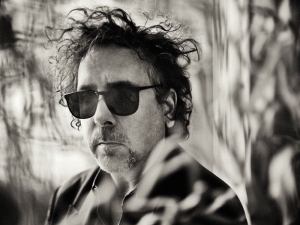 Hey there, friends! So you’ve gobbled your turkey dinners and you’ve bludgeoned strangers for bargain items at various Black Friday sales. What now? How about some disappointment?! That’s right–it’s time for another NOOOOvember film review! Actually you’re in for a treat because this time you get two reviews for the mere viewing of one post! It’s Black Friday, so I feel I have to offer up some kind of deal, too. And you can check out even more reviews if you pay a visit to the NOOOOvember Archives. Your greatest disappointments are but a click away!

This post is coming at you from the hilarious Brian Johnson, who helps run things over at Hard Ticket to Home Video. I’m sure you’ve seen the site, but just in case you haven’t, head on over there ASAP because it’s wonderful and so very funny. Anyway, Brian has a bone to pick with Tim Burton, who has always been very hit or miss with me, but these two films are easily among his worst. Disappointment at its finest.

I’m a big fan of the original Apes series and apes in general. Ok, Battle of the Planet of the Apes was pretty lousy but Conquest ruled! So I was pretty geared up when I heard Tim Burton was filming an “ape”date of the material. At the time, I thought Burton was awesome. I mean, Pee Wee’s Big Adventure, Batman, Batman Returns (which was better than the first), Beetlejuice, Edward Scissorhands Wood… Mars Attacks… well, they can’t all be winners. Mars Attacks was a mess, but it has some entertainment value. And Sleepy Hollow was pretty decent. So Planet of the Apes, with Burton’s dark and curly visual style, had to be pretty cool, right? Well, as it turns out, I’d rather have a gorilla rip my wiener off, eat it, poop it out, then fling its poop directly into my mouth at a speed well over 200 mph than watch this cinematic cold sore again.

The entire movie is about as fun as freezing a wart off your testicles. The plot sucks. The talking humans suck. Mark Wahlberg blows. The fact that it’s not even set on Earth is nonsensical. The implied ape/human romance is just messed up. Etc. It’s just a complete waste of time and as interesting as a 2-hour video of an old man eating soup while giving you directions to the only pharmacy that is still willing to refill his hemorrhoid medication.

But the ending. Holy apeballs, the ending. In a horribly misguided attempt to have a twist ending as cool as the original, they managed to come up with something that made absolutely zero sense. Tim Burton doesn’t even know what it means. The characters of the movie don’t know what it means. Abraham Lincoln definitely doesn’t know what it means. You mean to tell me that in an ape society that doesn’t even have machines as complicated as bikes, General Thade is somehow going to fly a ship back in time to another planet and alter history somehow by himself? Oh, apparently they had intended to film a sequel that would have explained it but because this movie underperformed they didn’t make it so WHY THE HELL WOULD YOU FILM AN ENDING TO A MOVIE THAT MAKES NO SENSE WITHOUT A SEQUEL IF YOU WEREN’T ABSOLUTELY SURE THAT SEQUEL WAS GOING TO GET MADE? Genius move.

Charlie and the Chocolate Factory (2005)

Like everyone everywhere, I love Willy Wonka and the Chocolate Factory. It’s without a doubt one of the best children’s movies ever made, the songs are memorable classics that you can’t help but sing along with, and Gene Wilder is gobstopperingly awesome. When I heard Tim Burton was going to remake it, I was pretty wary. How could he possibly make any improvements? And didn’t he just completely f up Planet of the Apes? And wasn’t Big Fish wildly overrated? But, I was willing to give him the benefit of the doubt because again, his visual style seemed perfectly suited to this material. Then Johnny Depp, who was my favorite actor at the time, was cast as Willy Wonka and I was totally on board, thinking he would be as great as Willy Wonka as he was as Hunter S. Thompson or Ed Wood or Jack Sparrow.

Oh god was I wrong. I couldn’t have been more wrong. I was as wrong as Justin Bieber’s parents when they decided to go off birth control. Depp is ATROCIOUS in this. He comes off like a combo of Michael Jackson and Jeffrey Dahmer. I really don’t know what in the hell he was going for, but it’s definitely the worst thing he’s done outside of wearing those stupid blue sunglasses all the time. Just a creepy performance that does nothing but make you dislike his character.

The rest of the movie is just as bad. The chocolate river running throughout the factory would be a fitting metaphor for the film if you replace the chocolate with diarrhea. The kids aren’t interesting in the slightest. Their “deaths” were all done much better in the original. The squirrel room, taken from the book, was just stupid. The backstory with Willy Wonka’s father was entirely unnecessary (and if you have Christopher Lee, WHY NOT CAST HIM AS GRANDPA JOE????). Even the Oompa Loompas were incredibly lame. It seems like Burton was trying to be more faithful to the book by making them pygmy-ish, but that’s just taking a step backward from the lovable orange-faced candy workers of the original film (which improves upon the book in virtually every aspect). But I think the most unforgivable thing besides Depp’s performance is the songs. The Candy Man, Golden Ticket, Pure Imagination, I Want It Now, and all of the Oompa Loompa songs from the original are classics (Cheer Up, Charlie being the exception. It’s almost as bad as The Christmas Shoes). Do you remember any song from Tim Burton’s remake? Seriously, the only line from any of those songs I can remember was that they rhymed Augustus Gloop with nincompoop. Nobody’s humming jack shit from that movie. Scientists now use preferring this movie to the original as court-admissible evidence that your parents are related.

So what have we learned today? The Ed Wood/Beetlejuice/Pee Wee’s Big Adventure Tim Burton is dead and gone. He’s not coming back. Now we have the Tim Burton who remakes things in the manner of a drooling sloth. Alice In Wonderland was probably even worse than Planet of the Apes and Charlie and the Chocolate Factory, and Dark Shadows was just scrotum-scratchingly puzzling that it even got made. At least he also messes up his own material, as evidenced by Frankenweenie. Just give up and go mope around on some gray island with curly trees already.

Thanks, Brian, for these fantastic additions to the already sparkling canon of NOOOOvember write-ups. Since Brian is the last of my guest bloggers for this series, I just wanted to do a quick shoutout to Isaacs Picture Conclusions, With a Friend Like Gary, JJames Reviews, HoneyB, Cinema Parrot Disco, and, of course, Hard Ticket to Home Video. All of the guest blogger contributions have been wonderful, and I really appreciate the help with this series. THANK YOU, YOU AWESOME FOLK!!!! We’ll have to do this again some time. 🙂 If I can muster the strength, I’m going to try to bring you one last NOOOOvember review. Wish me luck.