It does not understand why this is so dark. It cannot make out anything that’s going on. Why is Rick Castle shouting so much? Is he shooting people?? Did he just win a war?? It is confused. Years later: they did not win the war; they lost. It just used a semi-colon. It is smart. It appears they are pirates on a stolen space ship. Uh Oh! Their buyer just double crossed them! Casey from Chuck is sure crabby. UH OH! Double crossed by another buyer! These guys don’t have much luck…. much like It. WHAT’S IN THE BOX!!!????!!! Does John Doe have the upper hand???? It likes the mechanic girl – she seems happy. It is rarely happy. It sleeps in It’s own poo. WHAT???????? Summer Glau!!!! It did not love this episode but It has a rule for TV – give it three eps to judge whether or not to continue. It loves Summer Glau. Mistress…. please…..? 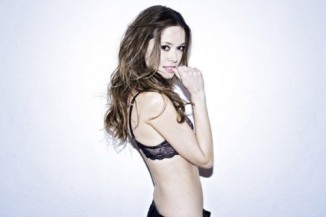 It has witnessed a bar fight, saloon style, in the future. It also witnessed a fellow named Tom Towles who has been in every ever made since 1989. The crew is hired to rob a train. They end up stealing a box full of medicine intended to help cure miner’s so thy give it back. Summer Glau begins to talk and the end of this is actually hilarious. It made It LOL despite the constant whippings Mistress Cara is giving It with The Lash. My back, ribs and neck are bloodied yet It honors It’s fealty to my Mistress. It will dream of Summer Glau this evening as It writhes in It’s own filth.

It is really starting to get attached to this theme song. If It had the abilities it would research to see if there is a longer version. But, aside from this brief episode of time where It is free, It is not allowed to listen to music and spends It’s time avoiding upsetting Mistress.  This episode was not quite as fun to It as the last but it was still good. It really enjoyed the scene where the brother and sister are hiding outside of the spaceship, looking in. Reflecting on It’s life, It remembers that, before It was Captive, It watched a TV show with Glau and Lena Headey. It was about Terminators and It liked it, but it got cancelled. It hears that Headey is off screwing her brother on some new TV program. 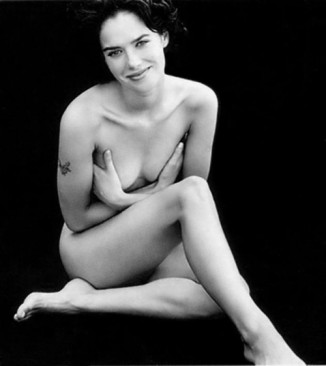 Even just a poster for It’s cellar wall? Please. It is a good It. It swears. Mistress?

It now understands that this show is fashioned as a Sci-Fi / Western with space being a new “frontier”. This helps explain why everyone is always riding horses and sitting in saloons. It still doesn’t understand why they speak in different languages that It doesn’t understand so often. What is the point of that? In this one, It sees that the crew have traveled to world that makes mud for a living and they have erected (hahahaha It laughs) a statue made out of mud in honor of Casey from Chuck. He is their hero! naturally they run into trouble and some kid dies. That is a shame. Mistress, remember It Follows?? It loved that movie so much and It is pleased by the memories you and It had bonding over it.

My face upon realizing how ridiculously long I have been gone.

Hi, guys. So, first of all, I would like to apologize profusely for disappearing for…let’s see…yikes–nearly three months. It was pretty uncool of me to drop off for so long without any warning. That said…I’m probably about to disappear again. And this time, it could be longer.

END_OF_DOCUMENT_TOKEN_TO_BE_REPLACED 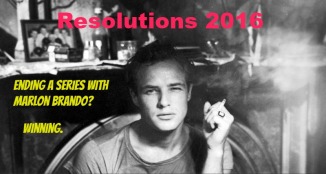 I’m back! So, so sorry for disappearing for a while! I’ve had a pretty busy time of it lately. But I’m here now and it’s time to get in one last film for my Resolutions series before we shut this bad boy down. It’s been a really great run this year with several fantastic guests END_OF_DOCUMENT_TOKEN_TO_BE_REPLACED

Another Friday is here and thank goodness! I don’t know about you guys, but I have definitely been living for the weekend lately. However, before we all go off to our weekend festivities and/or binge watch sessions, I thought I’d put up another post for my Resolutions series. END_OF_DOCUMENT_TOKEN_TO_BE_REPLACED

Hi there, friends! Well, as they say, all good things must come to an end, yeah? Sadly, that is the case today as far as guest posts for my Resolutions series are concerned. But we’re ending on a pretty excellent note with the return of a good friend of mine, Miss Brittney! END_OF_DOCUMENT_TOKEN_TO_BE_REPLACED

Happy Friday, everyone! Hope your week has been a splendid one. Apologies for failing at getting my post out yesterday, buuuuut I have another fantastic guest post for my Resolutions series today! The lovely Miss Kim of the equally lovely Tranquil Dreams kindly decided to drop in and talk about her film resolution! END_OF_DOCUMENT_TOKEN_TO_BE_REPLACED

Greetings, folks! Apologies for just now getting a post up here this week. It’s been a surprisingly busy last few days! But I’m back today with another guest review for my Resolutions series. In fact, I’m back with someone who was just here last week to discuss We Need to Talk about Kevin (which you can read here). END_OF_DOCUMENT_TOKEN_TO_BE_REPLACED 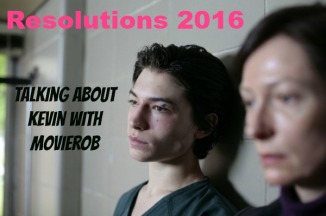 TGIF, amigos! Well, we survived another week–although survival may be a little tougher for some of us in the Midwest/along the East Coast right now. How many of you are buried under several inches and/or feet of snow right now? As I type this, I’m currently awaiting the arrival of a little blizzard myself. END_OF_DOCUMENT_TOKEN_TO_BE_REPLACED

Hello, hello, and welcome to yet another lovely guest film resolution for my Resolutions series! It truly has been a great one so far, and the great resolutions continue today! The lovely Miss Zoë of The Sporadic Chronicles of a Beginner Blogger is here to discuss a film that I may or may not have bullied her into watching END_OF_DOCUMENT_TOKEN_TO_BE_REPLACED 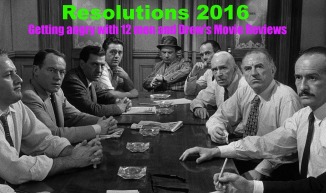 Hi there, friends! Well, after kicking off my Resolutions series last week with a couple of awesome guest posts and little post of my own, we’re gonna continue it with yet another awesome guest film resolution! Today’s contributor? Mr. Drew of Drew’s Movie Reviews! END_OF_DOCUMENT_TOKEN_TO_BE_REPLACED